Living in Flow with Kanaan McCabe –  follows Kanaan McCabe a queer Indigenous Atlantic Canadian artist, writer, and mental health advocate facing mental health challenges and sharing how water has become essential in their self-care journey. In Kanaan’s life, Living in Flow represents solidarity. Kanaan struggled with self-identity and self-worth from a young age when members of their faith didn’t support their sexuality. Looking for ways to express themselves, they found a sense of calm through painting, spending time deep in the wilderness, and respecting how sacred water is in their life. Not taking access to water for granted, Kanaan connects to water by advocating for its protection and clean water for all communities through their artwork.

The team behind Living in Flow with Kanaan was one of only three teams selected across Canada for VICE MEDIA and The Telus Fund’s inaugural Take Care incubator. A collaborative project of filmmakers created the six-part episodic docuseries Living in Flow.

Meaghan Writer (she/they) – credits- Director, Writer, and Editor
Meaghan Wright wears many hats as a director, cinematographer, and editor, creating documentaries and corporate videos for brands such as CBC, NFB, Saltwire, United Way, the Canadian Cancer Society, and Loblaws. She is the co-founder of Mirror Image Media, a full-service production company based in K’jipuktuk (Halifax), Mi’kma’ki (Nova Scotia) with her twin sister. Some of their documentaries include The Social Shift, a feature documentary across Canada on social entrepreneurship (Screen Nova Scotia’s “Best Documentary” and FIN’s “Best Edited Documentary”), and Transform, a short documentary on spinal cord injuries. Recently, Meaghan Co-Directed Freedom Swell, a feature documentary on the North Preston Surf Program with CBC Gem. She directed an MVP music video with T. Thomason. Meaghan is passionate about creating change and bringing marginalized voices to the forefront through film.

Walter Forsyth (he/him)  -credits – Producer, and Writer
Walter Forsyth is a producer, writer, and director based in Punamu’kwati’jk (Dartmouth), Mi’kma’ki (Nova Scotia). He produced the award-winning dramatic feature, ‘The Disappeared’ and two seasons of the digital series, ‘Everyone’s Famous,’ both nominated for two Canadian Screen Awards. He produced the feature documentaries: ‘Bread in the Bones‘ by Darrell Varga, ‘Cubers’ by Richard LeBlanc, and ‘Elizabeth Bishop and the Art of Losing’ by John Scott, premiering this fall. He has written and directed several award-winning documentaries and short films, including ‘The June Bug Symphony’ (Hot Docs) and ‘Old St. Nick’ (Best of TIFF Shorts). He won TIFF’s 2011 Pitch This!, received a 2012 Sundance Doc Fund, and produced the short film, ‘How to Be Alone’, viewed over nine million times on YouTube. Walter sat on the board of Hot Docs for six years, started the Halifax Independent Filmmakers’ Festival, programmed documentaries and shorts for the Atlantic Film Festival, worked for Lunenburg Doc Fest, and co-runs Hellifax Horror Fest. He surfs in his spare time.

Erin Brown (she/her) – credits Writer and Researcher
Erin Brown is a queer Canadian producer and filmmaker from K’jipuktuk (Halifax), Mi’kma’ki (Nova Scotia). A 2019 graduate of the University of King’s College, during her degree she completed a filmmaking intensive program at the University of Birmingham, UK, and a screenwriting course at the Nova Scotia College of Art & Design. Since 2021, she has worked with Gorgeous Mistake Productions as a producer and a writer. Most recently, her short film “Peripherals” screened at the Atlantic Film Festival (2022).

Marie Wright (she/her) – –credits- Director of Photography, and Writer
Marie Wright is an entrepreneur and filmmaker from Punamu’kwati’jk (Dartmouth), Mi’kma’ki (Nova Scotia). After completing a degree in Marketing at St. FX University, she co-founded Mirror Image Media with her twin sister Meaghan Wright. Mirror Image Media is a queer-owned full-service video production company based in K’jipuktuk (Halifax). There, Marie found her love for filmmaking and wanted to help tell stories around social issues. Mirror Image Media produces documentaries and promotional content at the local and national levels. Some of the clients they’ve worked with are the National Film Board, CBC, the Canadian Cancer Society, and United Way. Two of their award-winning documentaries have circulated internationally at film festivals — The Social Shift, a feature-length film on a cross Canadian journey discovering social entrepreneurship, along with Transform, a short autobiographical documentary on spinal cord injuries. Marie’s latest project, Freedom Swell is a feature-length documentary on the North Preston Surf Program, which dives into the historical and cultural reasons behind the lack of diversity in surfing, on CBC gem.

Anne Macmillan (she/her)-  (credit Animator)
Anne Macmillan is a Canadian artist working in digital media. She holds a Masters’s degree in Art, Culture, and Technology from MIT and a BFA from NSCAD University. Her contemporary art practice has been supported by numerous residencies, awards, and grants (www.annemacmillan.com). She works as a freelance motion designer and illustrator (www.anniem.work) and is the second half of the indie-development video game company Max Inferno.

Carolina Andrade is a Chilean Canadian editorial and commercial photographer and writer based in K’jipuktuk (Halifax), Mi’kma’ki (Nova Scotia.) Through an explorative approach to art direction and her creative work as a whole, she aims to push the agenda of mainstream representation to be more inclusive. You can find her work in publications such as BESIDE Magazine, The Globe and Mail, CBC, and Macleans.
Director
Meaghan Wright
Location
Nova Scotia
Duration
4:55
Year Created
2022 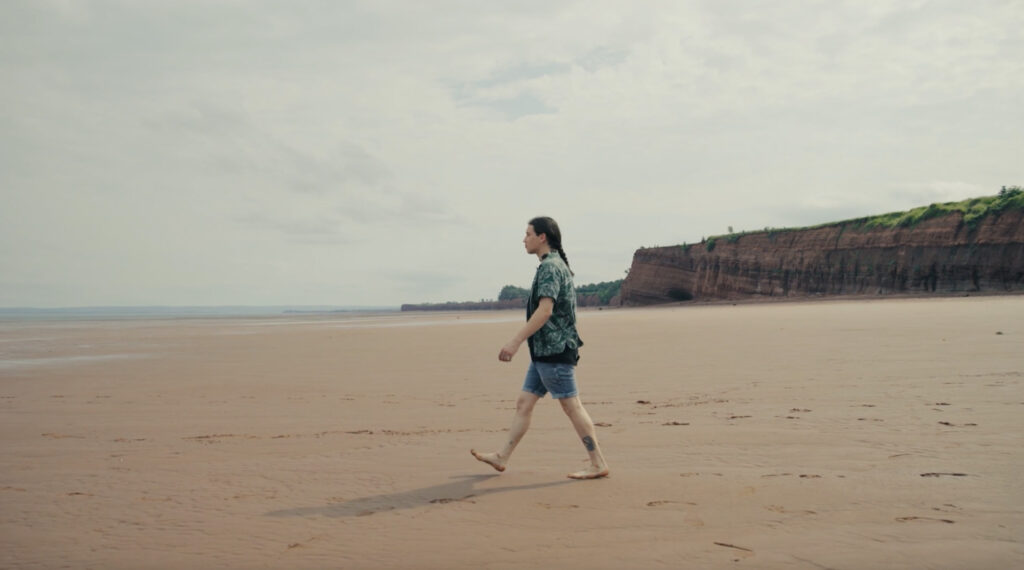 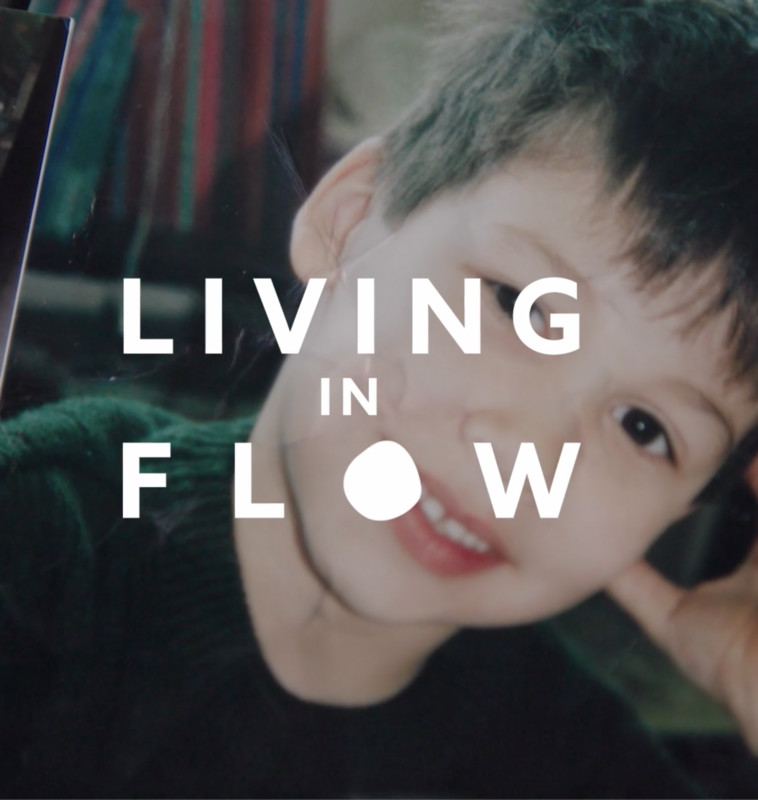 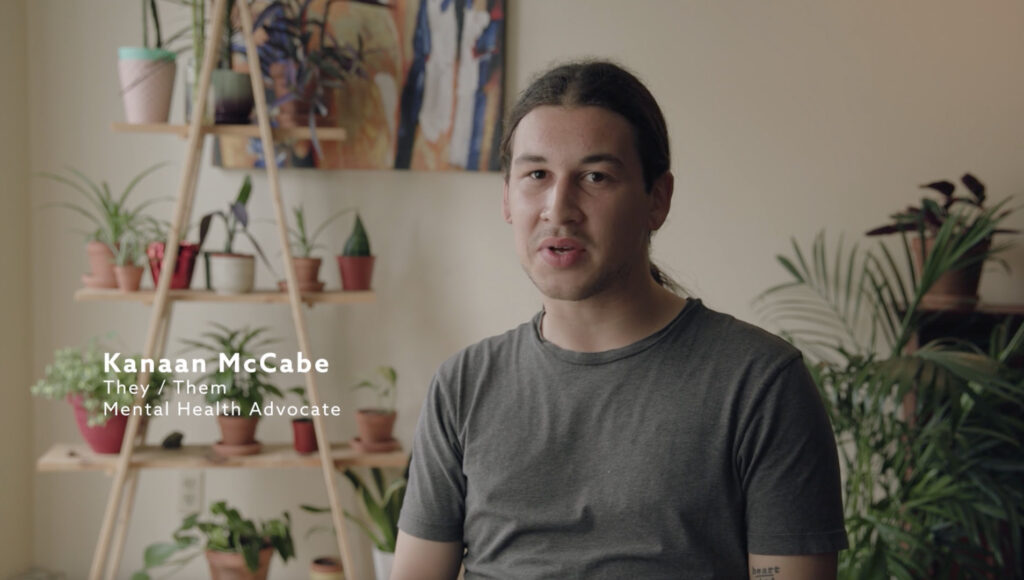